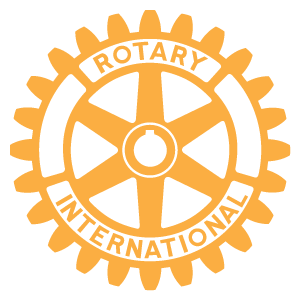 Our club has been holding Duck Races at Cudgen Creek since 2012 for various local projects, primary among those, upgrades and improvements to Ed Parker Rotary Park.

In 2012, the club netted $3,196.20, and the Community Duck winner went in a booth for a cash grab. The perpetual trophy for the Corporate Duck Race was won by Monarch Prestige Clean and the Best Dressed was won by Plumbjet.

In 2013 the club resolved that the major project for the club would be upgrades to Ed Parker Rotary Park with estimated project costs over $300k.

The club would strive to contribute 10%, or $30k, towards upgrading the Rotary sign on the brick wall inside the park (on the left as you come down Sutherland Street heading south), vertical information modules about the local bird life, and one of Ed Parker himself.

The club has also contributed to new seating, shelters, additional water bubblers, and the concrete slab where the Watersports Guru trailer is.

Council formalised parking, increased the number of spaces, re-sealed most of the road, added BBQs and bollards, and so much more.

Do you have what it takes to become a dynamic leader and change yourself and the world?

Rotary Youth Leadership Awards (RYLA) is an intensive leadership experience organized by Rotary clubs and districts where you develop your skills as a leader while having fun and making connections.

What are the benefits?

Connect with leaders in your community and around the world to:

RYLA events are organized locally by Rotary clubs and districts for participants ages 14-30. Depending on community needs, RYLA may take the form of a one-day seminar, a three-day retreat, or a weeklong camp. Typically, events last 3-10 days and include presentations, activities, and workshops covering a variety of topics.

Your community might host a RYLA event for secondary school students to hone their leadership potential, for university students to develop creative problem-solving strategies, or for young professionals to learn ethical business practices.

How can you participate?

RYLA participants are nominated by local Rotary clubs. Contact us to find out more about RYLA, how to apply, and any costs of getting involved.

We believe good health care is everyone’s right. Yet 400 million people in the world can’t afford or don’t have access to basic health care.

Disease results in misery, pain, and poverty for millions of people worldwide. That’s why treating and preventing disease is so important to us. We lead efforts both large and small. We set up temporary clinics, blood donation centres, and training facilities in underserved communities struggling with outbreaks and health care access. We design and build infrastructure that allows doctors, patients, and governments to work together.

Our members combat diseases like malaria, HIV/AIDS, Alzheimer’s, multiple sclerosis, diabetes, and polio. Prevention is important, which is why we also focus on health education and bringing people routine hearing, vision, and dental care.

We educate and equip communities to stop the spread of life-threatening diseases. Rotary members have hundreds of health projects underway around the world at any given time.

Mobile phones and simple text messaging may be the keys to victory in the world’s largest public health initiative: the eradication of polio.

We are dedicated to a malaria-free world through treatment and prevention.

Our members use their extensive experience and leadership to fight Alzheimer’s disease and dementia through education and collaboration.

See how technology is bringing health care to rural Nigeria.

Learn how Pakistan’s vaccination strategy is reaching children on the move.

Our impact on disease

The Rotary Foundation is changing the world by providing grants for projects and activities around the globe and in your own backyard.

Reducing HIV infection: In Liberia, Rotary members are helping women get tested for HIV early in their pregnancies. They used prenatal care to reduce new HIV infections in children by 95 percent over two years.

Ending polio: Rotary members have played a key role in bringing the world to the brink of polio eradication. Their efforts have not only ended polio in 122 countries but also created a system for tackling myriad other health priorities, such as Ebola.